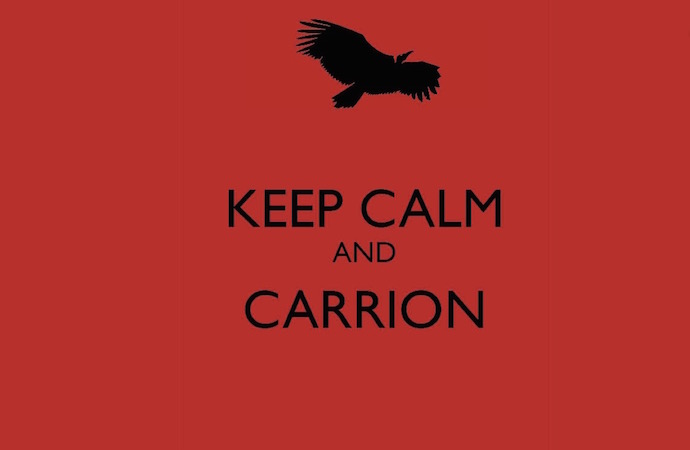 He was always told, “Don’t go toward the light.” But those two glowing orbs are so captivating, and he couldn’t resist watching their approach during his evening walk.

Behind the orbs, a driver is contentedly cruising down the road. Suddenly, the squealing of brakes ruins the quiet of the dark, and a flash of brown smashes into the front windshield. The driver pulls over and comes to terms with what is lying on the shoulder: Bambi.

Many feel guilty about killing the cartoon classic, but in reality, it’s hard to mourn an animated animal while calling in what is usually around $4,000 in vehicle damages, according to a State Farm report. Some might even fall under the school of thought that finds the silver lining: yes, their car is totaled, but at least there’s a possibility of free protein.

Venison can be termed as an unofficial Oklahoman red meat. Hunters throughout Oklahoma make a sincere effort to restock their freezers all season, taking in around 100,000 deer each year statewide.

But there are other ways to skin a deer, so to speak. Of the nearly 2.3 million drivers in Oklahoma, one in 213 is at risk of a collision with a deer. That means nearly 11,000 Oklahomans could hit a deer throughout 2015.

Hopefully, these collisions do not cause injuries to any passengers, but a 175-pound animal meeting a ton of speeding steel does not make a happy ending.

Devin Provines, a student at the University of Central Oklahoma, said he was driving home from work early one morning when he hit a young buck.

“It was scary stuff. I passed a deer crossing sign every day, and that day I thought, ‘That’s funny, I’ve never seen a deer around here,’” he said. “It jumped out about a mile later, and I sort of love tapped it — that’s the only way to describe it.”

Both Provines and the deer walked away from the event with no lasting damage, but others are not as fortunate.

Some car owners are left with smear of deer and damage to their vehicle. State Farm suggests drivers immediately call the police for injuries and property damage and document the scene to make filing a claim easier. Officers can also humanely put down an animal if it is still alive and suffering. Most people would finish this process up with the police and be on their merry way.

Others choose to bag and tag. With a quick phone call to the local game warden, a non-legal wildlife report will be filed to replace a regular deer tag, and the unfortunate animal can be taken to a processor.

This paperwork contains many details about the animal: cause of death, intersection where it was killed, what was done with the carcass, etc.

There are not many report requests made during hot weather, said Tell Judkins, the game warden for Cleveland County. Most animals are left to decompose naturally.

“Meat spoils when it’s hot within an hour of death,” Judkins said.

However, when there’s snow on the ground, Judkins said the wardens get calls from people requesting notification if there is meat ripe for the taking.
DeWayne Muret, owner of DeWayne’s Barbeque and Deer Processing in Kay County, estimated that one to two people come in each year with road-killed deer to process.
The amount of meat recoverable depends on how the deer was hit. If there are portions exposed because of road rash or areas that have been bleeding into the muscle heavily, often the entire section is forfeited. He said customers sometimes expect more meat off the carcass and get upset with the lack of volume for the price, but the charges are not dependent on the amount harvested.
“I ask for the fee up front,” Muret said.
A deer that has been cleanly killed — no bruising on any major, meaty areas like the haunches or shoulders — will usually yield 50 percent of its field-dressed (gutted) body weight in meat. For a deer that has been hit broadside, usually around 30 percent of that yield is recoverable, Muret estimated.
Even if most of the deer is unrecoverable, some prefer to claim certain parts of the deer, especially bucks. Some will claim a deer just to mount the bust. “Monster bucks” are handled differently than other deer, according to Judkins.
“We have to score it,” he said.
If a deer antler is scored over 135 points, it has to be seized by the Department of Wildlife. The department director then decides on disposition. This is a deterrent for headhunters who would intentionally hit large bucks just to claim their heads.
While claiming a road-killed animal is vulgar to most, the potential of an animal outside of natural decomposition is viable to others. Remember: in the event of buck meets truck, keep calm and carrion.