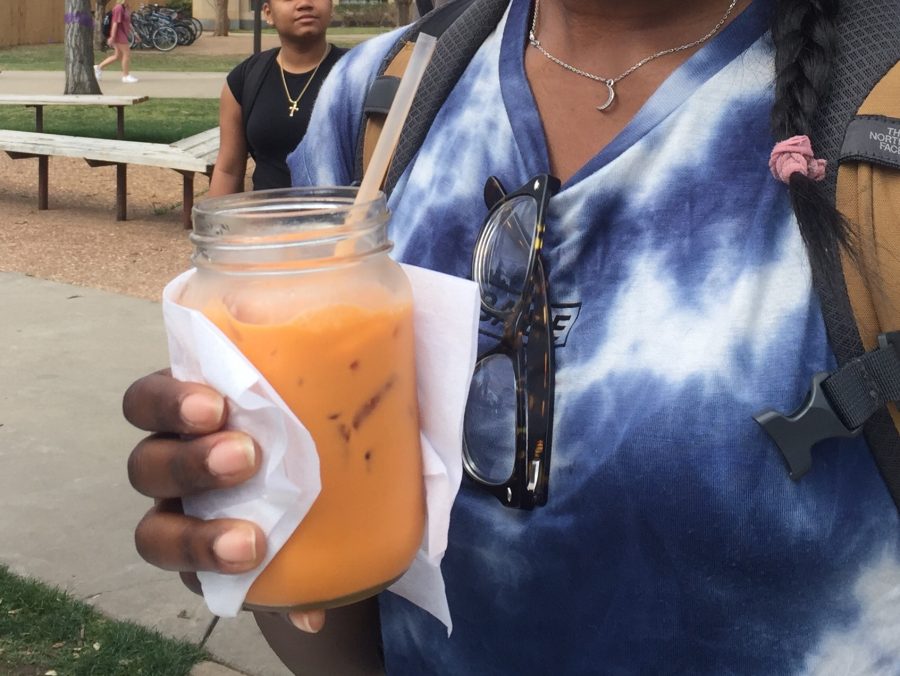 i Delta Alpha hosted a fundraiser called Thai Tea Tuesday on the South Oval. Biology sophomore Nina Dao explained these fundraisers help the chapter put on other free campus events. One glass mason jar of tea is $4 for any students interested in trying something new or just supporting a campus group.

Thai tea is an iced beverage known for traditionally being made with Ceylon tea. Ceylon tea is typically expensive and people have been known to use black tea with food coloring to give the drink its orange hue. It also includes ingredients such as orange blossom water, star anise and sweetened using sugar and condensed milk. Phi Delta also gave students a choice of whipped cream as a topping.