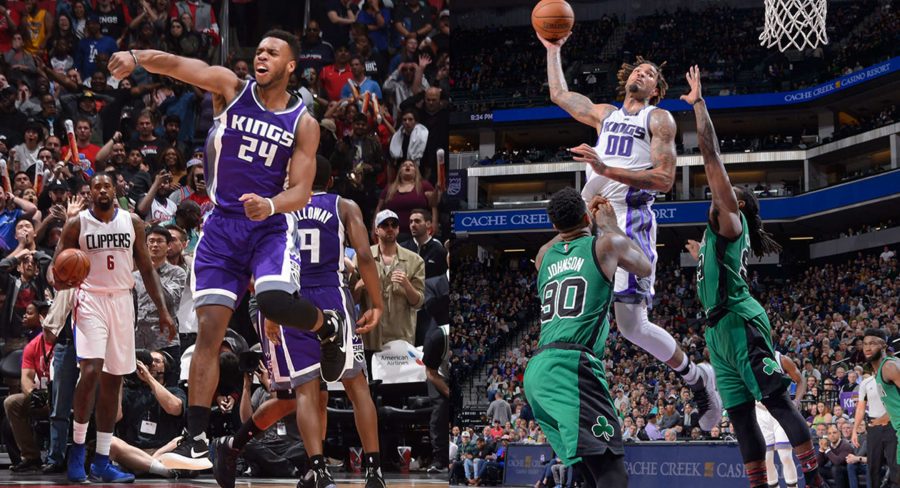 PHOENIX — Much has changed since March 2016 when Buddy Hield led the Sooners to the Final Four.

First, it was Hield who graduated and left Norman for the NBA, where he was a lottery pick for the New Orleans Pelicans. After struggling out of the gate, Hield found his famous shooting stroke in December to the tune of a 48 percent clip from three-point range.

His season continued to stabilize in January and February until, in the span of a week, he was traded to Sacramento for perennial all-star Demarcus Cousins and lost his agent, Rob Pelinka, who took a job in the Lakers’ front office.

Then, it was the Sooners, who floundered in 2016-17 without Hield, Isaiah Cousins and Ryan Spangler. Lon Kruger’s team managed just 11 wins this season and suffered the first 20-loss campaign in school history.

But in the midst of uncertainty, Hield’s work ethic has stayed steadfast.

Hield’s teammates, resting on the sidelines after a morning shootaround, pleaded with him as the former Sooner got extra shots up — they didn’t want to wait on him much longer.

Hield eventually relented and shut it down for the day, but it’s that work ethic that made the Kings fall in love with him from the beginning.

“We’re gonna be young for the next couple of years,” Kings coach Dave Joerger said. “You’re going to want people who want to be in the gym, who want to be coached, who want to get better. He’s right in there on that.

“He’s an elite shooter and he’s got a great work ethic. It’s fun to come to work everyday with those kinds of guys.”

Since coming to the Kings, Hield has been one of the NBA’s best rookies. In 20 games with Sacramento, he’s averaging 14.4 points per game on 49 percent shooting and 43 percent from long range.

It took a couple months, but Hield says he’s finally getting more comfortable with the NBA.

“It’s been fun learning the mental aspect of the game and being physically ready everyday,” Hield said. “In this league, you can’t take nights off because everybody’s a professional and everybody is capable of going for 30 (points) on you.

Now a full year removed from OU’s Final Four loss to Villanova, Hield is finishing up his rookie campaign — but he hasn’t forgotten about the launching pad to his professional career.

“I just think about the good memories and all the time I had with my brothers,” he said. “We had a bad moment in the Final Four, but the great moments, you can’t forget about.”

Spenser Writer is a writer for OU Covers Baseball, a journalism project covering spring training by Gaylord College of the University of Oklahoma.